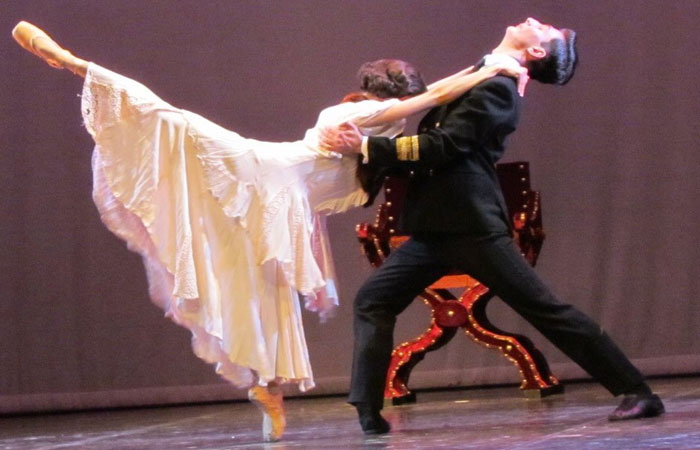 This prestigious event showcases the very best  up and coming Cecchetti Classical Ballet students around the world.

Jenny Hackwell has successfully completed the initial qualifying stages to represent the UK in this international event and she will be adjudicated in both classical ballet and  contemporary classes, both in the studio on stage in front of a top class panel including Nancy Kilgour,(Ex National Ballet of Canada) Susan Jaffe (Ex ABT), Ben Stevenson (Artistic Director of Texas Ballet Theatre)

Jenny will also perform a classical ballet solo from approved repertoire, in which she has chosen the ‘Sugar Plum Fairy Variation’ from Act 2 of the Nutcracker on stage and a contemporary solo piece that has been superbly choreographed by Angela Towler, Rehearsal Director of Rambert Dance Company to music newly composed by Adam Kornas.
Jenny joins many contestants from around the world including USA, Canada, Australia, South Africa, Europe, UK and Japan

Scholarships will also be awarded by the panel of adjudicators as well as organisational representatives.

All competitors will be eligible to win summer intensive scholarships worldwide at the most elite Classical Dance Schools including KS Dance who are offering this fantastic scholarship opportunity to successful international students.

We are extremely proud of Jenny’s achievements to date and wish her continued success throughout this international event.